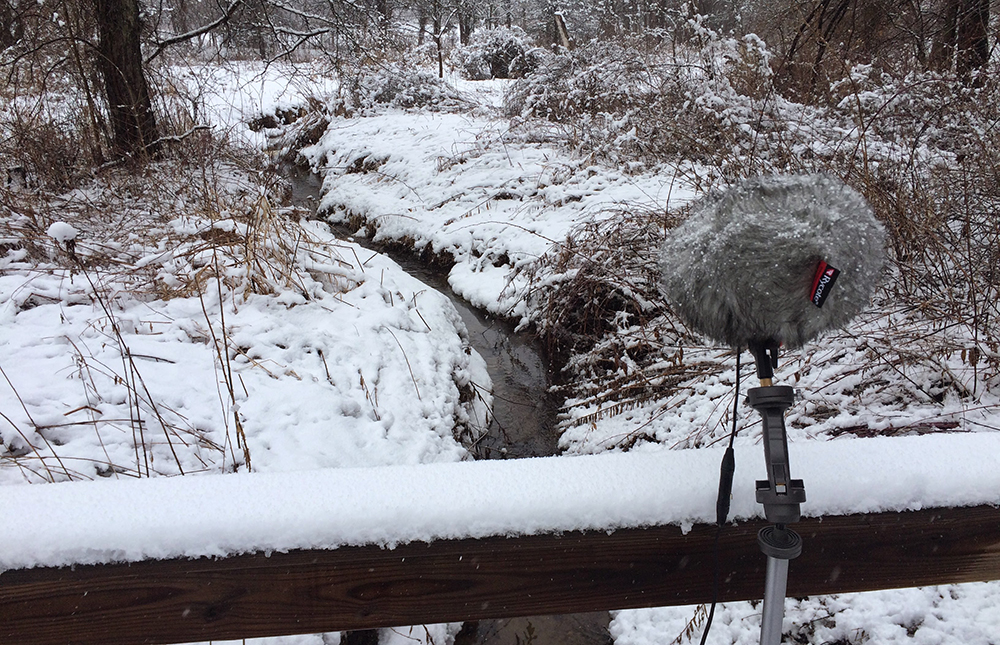 I’ve been running Collected Transients for almost a year now (wow!), and feel like it’s a good time to take a look back at my experiences in launching and running an independent SFX library so far. I’m going to try to be as open as possible. I hope those who create or are thinking about creating SFX libraries might find this useful.

I think Collected Transients started out just about as good as I could’ve hoped. I had prepared three very different libraries before the launch. As I mentioned in a previous post, the prep time went on quite a bit longer than I expected. I was actually planning on launching the site about a month earlier, but in the end I’m happy I was able to offer three collections right off the bat. This, however, led to a little bit of a problem… I hadn’t prepped one bit for what my next library may be. Sure, I was still recording all kinds of stuff, but without much direction. I was essentially starting from ground zero, which was a bit refreshing on one hand, but certainly meant it was going to be a long time until the next release.

I think I spent a good week just brainstorming ideas. Paul Virostek’s post on building an irresistible SFX library was a huge help for this. I ended up with around a dozen ideas, and decided to start pursuing three of them. However, I didn’t want to end up in the same boat I was in for the launch, so I decided I wouldn’t stress if one library started making a lot of progress while the others slowed down a bit.

The result, while still preliminary, is great! I’ve just recently launched rOtation, my latest SFX library. Prior to that, I hadn’t released a library for about 10 months! But today is a different story. I’ve got two other libraries already in progress and a nice bank of ideas to work from.

I want to avoid another extended period without any new releases if possible. Why? Timing matters! While I can only speak from my own experience, I’ve found that my libraries tend to have a nice burst of sales and interest to start, and then settle down to a steady rate after a week or two. After a month or so, sales are a bit more sporadic… only tending to spike when blogs/sites share the library.

Like I’ve said before (and will say again), I’m not in this expecting to make a living from selling SFX libraries. However, having a more steady stream of content and sales is always nice. Starting from ground zero can be daunting; even discouraging… so more consistent releases is the goal for me!

I feel like it would be remiss of me to not talk about this one. There are two obvious ways money matters when it comes to creating SFX libraries: spending money, and making money. I’ll be honest, making money was probably the furthest thing from my mind when I was creating Collected Transients. I was more worried about not spending money.

You see, I went in to this thinking it just might be a complete flop. And honestly, I probably wouldn’t have been too upset had it not been successful. One thing I couldn’t stand was the idea of putting a bunch of money into this adventure and getting little to show for it in return. I was lucky enough to already have access to a lot of resources (mics/software/studios/etc) so I didn’t have to spend a lot of money on my own equipment to start. When it came to the website/store, I did everything I could to not spend any money. I started with a free tumblr site I hacked into a store. I hosted my libraries on Gumroad for free. About the only thing I paid for on that end to start was a domain name, and I even was hesitant to purchase that, thinking I might change my mind about the name.

But for all the money I didn’t spend, I spent my time. That was something I was willing to lose if worse came to worse. If no one bought the libraries, at least I would have new content for my personal SFX library, and much more field-recording experience. After all, I started Collected Transients because I love recording sounds. I don’t think anything could take that away from me, and this process has only made me better.

Now, was it worth it to be so cheap at the start? I don’t know. I do think it helped me figure out if running a store was something I wanted to continue to do — without spending much money. But thinking back, I actually made the majority of my starting sales through other SFX distributors like A Sound Effect, Sonniss, and Wild Track Sound Library. This has since flipped, and I think a huge reason for that is I’m now much more willing to spend money to make Collected Transients greater.

As of right now, my goal is to keep Collected Transients sustaining itself. My personal money is not involved with Collected Transients, and Collected Transients’ money is not involved with my personal finances. All of the hosting, services, equipment… anything related to creating/distributing a library, is funded by sales. It’s extremely gratifying to be at a point like this. I’ve been able to greatly improve Collected Transients on both the creation and distribution side. I was able to buy a very nice recorder, some great microphones, and wonderful wind protection (man, those guys are making a killing!). The store is now properly hosted… the libraries are distributed through fast servers… there’s an actual commerce system with a shopping cart, payment gateways, coupons, etc.

My point is that the saying “you have to spend money to make money” rang true for me. The money I’ve spent has almost always directly resulted in more interest in Collected Transients, and more sales. While it’s great to be making more and more sales, for right now it’s important to me that I don’t pay myself. Like I said before, my goal was never to make a living from this. It started because I love recording. It continues because I love recording. I want to see how Collected Transients can grow, and keeping it separate from my self is the best way to do that in my opinion.

The presentation of your product has a huge effect on how well it does. I know, an absolutely ground breaking idea, right?

Of course the actual content of a library should play the most important role, but if you can’t showcase that effectively… who’s going to care? I don’t think people would’ve had nearly as much interest in MaK, Machine Emanation, or rOtation had I not put the effort in to create engaging visual/aural demonstrations of the libraries. rOtation has been a nice example of this. I was so ecstatic with the sounds I captured that I really wanted to make a video worthy of a library I was so proud of. I probably spent just as much time creating the video as I did recording the library. Compared to the others, I spent the most time on presenting that library well, and it is already on its way to being the top seller.

Meanwhile “We Are the People”, while it hasn’t disappointed, has sold the least. It’s the one library where I wasn’t able to create an effective video, and instead focused on making a great audio demo. It should be mentioned that it’s hard to directly attribute fewer sales to that fact. Maybe there’s not much demand for protest SFX. Who knows? All I can say is there is a correlation. (I know, former logic teacher Mr. Mohr… Correlation is not causation!)

No matter how much you prepare… No matter how many tests you run… No matter how many variations of software you test with… there will be difficulties. Order emails won’t get sent out. Checkout systems will break. People will have issues downloading files. Things will never be perfect, and some things are completely out of your control. The best thing you can do is try to keep these kinds of issues to a minimum. And for the handful of issues that do pop up, make sure the buyer is taken care of in a timely manner. Even if it’s not your fault or out of your control, at the end of the day, this person spent money on you. It’s your duty to make sure they’re happy. If someone isn’t pleased with their experience, they won’t be coming back.

Deciding whether or not you want to run your own store is a luxury we now have. As I just mentioned, running your own store has its challenges. But luckily if it’s not your thing, there are a good number of distributors who will do almost all of the work for you. They’ll host your libraries; run the store; handle payments; deal with customers… just about everything! That’s nice for many in that you only need to focus on creating the library and can steer clear or the not so glamorous work that comes after. Most places only take a very fair rate of commission per sale for doing all of this.

So I think it’s important to decide how you want to sell your libraries, and what that means for the future of your business. For me, it was important to have my own store. I wanted it to be clear that Collected Transients is its own brand, and hopefully one that matters. I think independent SFX distributors are absolutely wonderful for the community. They’re a great resource for editors/designers to find libraries from people they normally wouldn’t know about. But in the end, my goal is for Collected Transients to be well-known… to be a household name, and I don’t think you can do that without running your own store.

I’m sure a whole lot of this might seem like common sense to the general reader. But many of these things might be forgotten or glossed over when you’re so focused on creating a great library. It’s something I think you can only truly grasp if you attempt to do it your self. Everything I mentioned is something I think is very important to take into account when making a library, and there’s so much more I could talk about. But I guess the main point I’m trying to make is there’s a lot more to making and selling a library than recording sounds and uploading them somewhere. It requires a lot of time and energy to make a successful library, but hopefully you’re doing it because you’re passionate about it.

None of this is meant to scare anyone off. I’ve absolutely loved this experience so far. It’s made me that much more amazed of fellow field-recordists’ dedication to the craft. People like Tim Prebble, Watson Wu, Michael Raphael, Tilman Hahn, the folks at Boom Library, Paul Virostek… there are far too many to name. I think people know these names because of the effort they put into their craft, and I wan’t Collected Transients to be one of those names.

I’d like to end this post with a list of (mostly free) resources that have helped me in the creation of Collected Transients. I hope it can help you!

There’s plenty more, but I can’t give it all away! If you’d like to share any of your experience in creating SFX libraries, or tools you found useful, please comment below!